Top 5 Things to Know in the Market on Monday, August 3rd

Large volatility speculators reduced their bearish net positions in the VIX futures markets this week, according to the latest Commitment of Traders (COT) data released by the Commodity Futures Trading Commission (CFTC) on Friday. 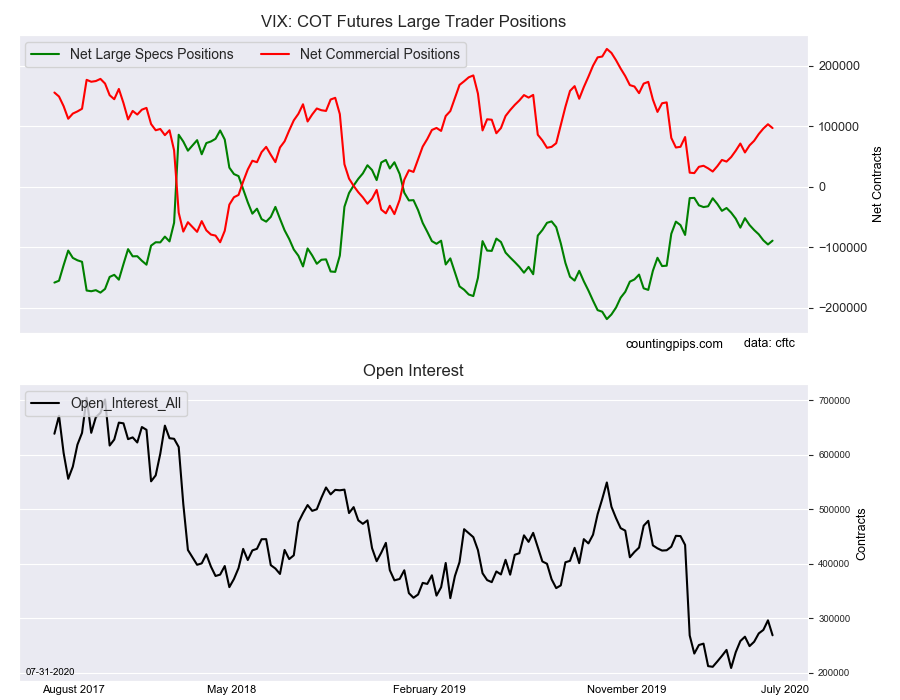 The non-commercial futures contracts of VIX futures, traded by large speculators and hedge funds, totaled a net position of -88,911 contracts in the data reported through Tuesday July 28th. This was a weekly change of 6,307 net contracts from the previous week which had a total of -95,218 net contracts.

VIX speculators cut back on their bearish net positions following five straight weeks of gains. Bearish bets had also increased in eight out of the previous nine weeks and brought the overall speculator standing to the most bearish level of the previous twenty-two weeks. Despite this week’s reduction, the current standing continues to show the speculator’s sentiment of a lower price for the VIX index.

The commercial traders’ position, hedgers or traders engaged in buying and selling for business purposes, totaled a net position of 96,850 contracts on the week. This was a weekly fall of -6,313 contracts from the total net of 103,163 contracts reported the previous week. 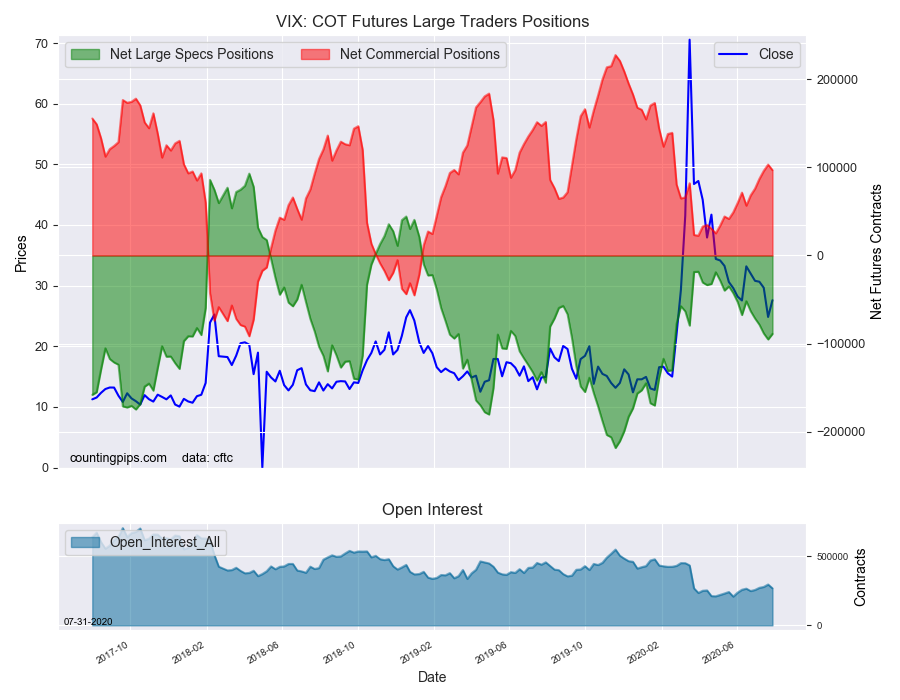 Over the same weekly reporting time-frame, from Tuesday to Tuesday, the VIX Futures (Front Month) closed at approximately $27.60 which was an uptick of $2.77 from the previous close of $24.83, according to unofficial market data.

Previous What The Charts Are Saying About Sentiment Now
Next Siemens Healthineers to acquire Varian for $16.4 billion